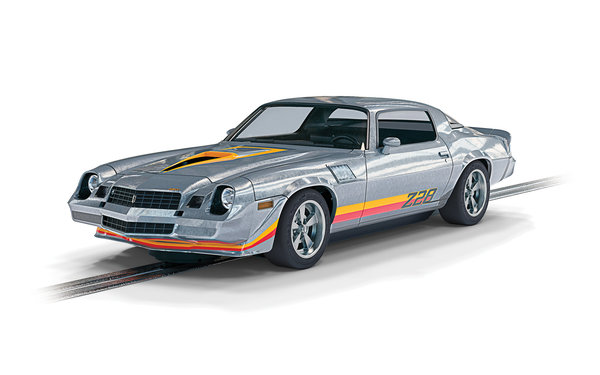 Introduced in 1979 this model of Z28 saw some visual changes away from the earlier cars, not least a new front spoiler and wider flares over the arches. This catching silver livery was one of the launch options and proved to be very popular! Well known from both racing and TV roles the 1979 Z28 Camaro is a real muscle car icon and one of the last of the original breed before the Camaro moved into its 1980s iterations.